Written for nbl.com.au by Liam Santamaria

Round 3 saw all but one game decided by single-digits with seven of the league’s eight teams grabbing a win.

Five teams split their doubles, two squads went 1-0 while the last-placed Taipans were the only team to go winless for the round.

We had comebacks, extra periods, a triple-double, highlights for days and even a sprinkling of controversy. What more can you ask for? 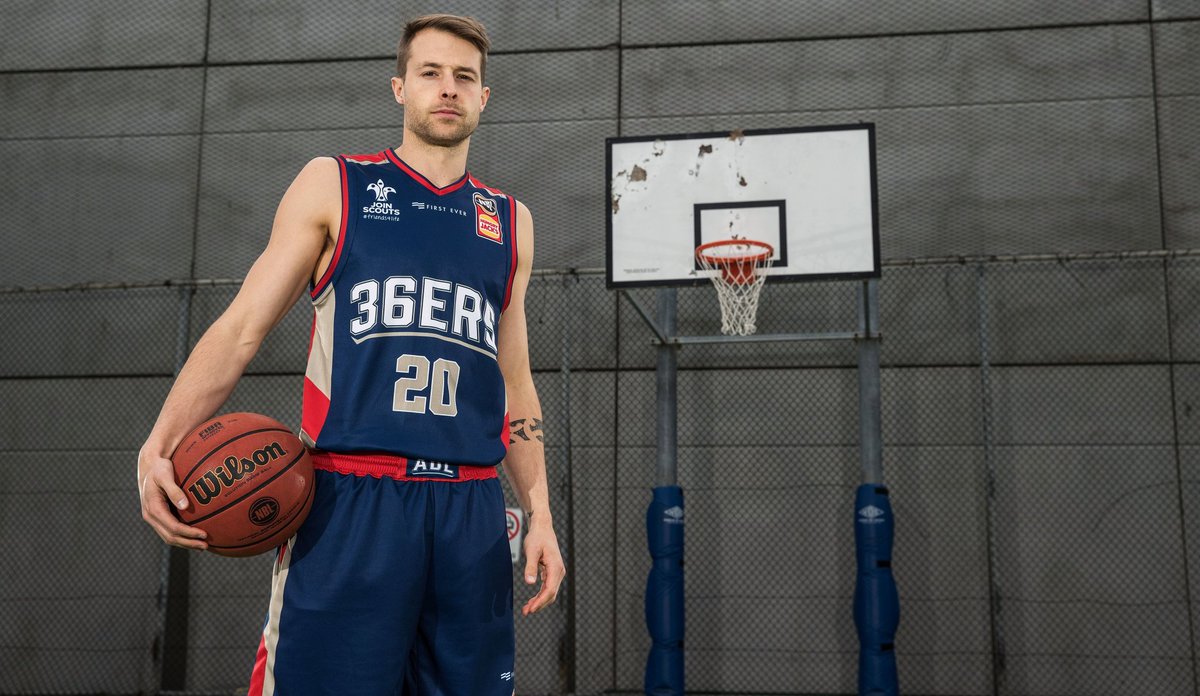 Sobey-Wan Kenobi was everywhere on Friday night, notching up the first triple-double of his career and the first in the NBL since 2015.

After a slightly passive start, Sobey got rolling in Far North Queensland as he led the Sixers to an impressive road win with 22 points, 11 rebounds and 10 assists.

Sobey’s transition to the role of starting point guard has worked out beautifully for both him and Adelaide thus far.

The primary ball-handling responsibilities are keeping him constantly engaged and getting his first touch in the backcourt is allowing him to get downhill as he leads Adelaide’s vaunted up-tempo offense.

He cooled off two days later across the ditch, putting up 10, 5 and 5 with 4 turnovers, but Sobey headlines this week’s studs nonetheless. Because, after all, a triple-double in a 40 minute game is very studdish behaviour. 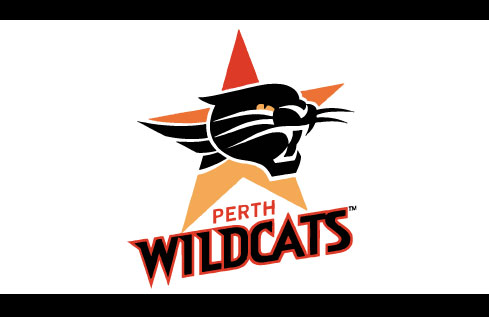 The Wildcats split their away-home double against Brisbane and Melbourne but, let’s be honest, they were an erroneous call away from going 0-2 for the round.

That being said, the ‘Cats make it into the studs this week for their efforts off the court.

Inspired by Trevor Gleeson’s wife Dawn, a two-time breast cancer survivor, as well as the thousands of people touched by breast cancer each and every year, the Wildcats donned the pink jerseys against Melbourne for a contest that was far bigger than the game.

I'll say it again – if there is a better man than @damianmartin53 representing #Basketball in Australia, I haven't met him 👏👏 @PerthWildcats #BreastCancerAwareness #BCAM #ZeroBy2030 pic.twitter.com/6Nuw2tojYv

Oh, and well played Greg Hire… hooking up the whole squad with pink shoes was an especially nice touch. 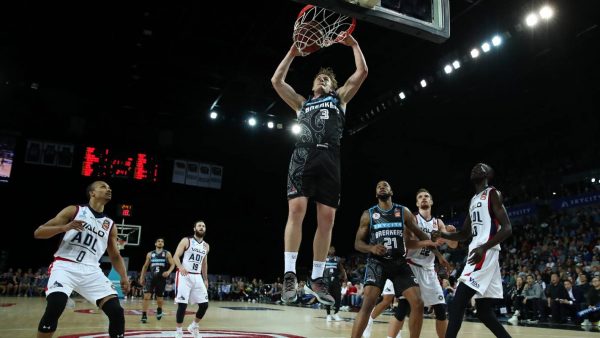 Finn Diesel was all kinds of awesome on Sunday as the Breakers snapped a two-game losing streak to secure their first home W of the season.

The rising Kiwi star was fast and furious with his attack on the rim, putting up a career-high 27 points on 12-of-18 shooting.

Averaging less than 7 minutes per game heading into Round 3, Delany completely balled out against the 36ers, earning himself a whole bunch of extra burn from head coach Kevin Braswell.

“Finn was hard done by in the last couple of games… I’m still learning which line-ups to play,” Braswell said postgame.

“But he’s been coming and getting extra work, he’s been a true professional and, like I tell all these guys, ‘your time is going to come at some point.’”

Delany’s also been putting in sessions with recently-retired NZ legend Kirk Penney, who was watching his protégé get buckets on Sunday from a VIP courtside seat.

“I’ve learnt a lot from Kirk over the years. He’s a mentor of mine and I’ve managed to learn some stuff about basketball as well,” Delany said.

“He’s a good dude to work with and talk to about basketball and life so it’s been good.”

Finn Diesel’s next blockbuster will see him do his thing in the Jungle and will hit screens around the country this Saturday afternoon. 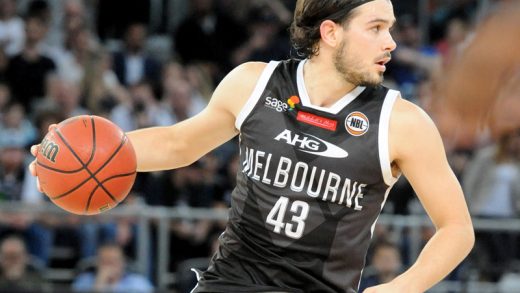 Goulding put on an offensive masterclass in Perth on Saturday, before going down with a knee injury late in the fourth quarter.

The reigning Grand Final MVP came off the bench for the first time since 2012 and started raining jumpers as soon as he hit the hardwood.

Catching-and-firing in transition… working off turnouts … step backs… pull-ups… CG43 put the whole arsenal on display against a variety of Perth defenders.

Goulding finished with an efficient 29 points, 5 boards, 4 dimes and 2 steals and, in good news for Melbourne fans, is a chance to return to action this week against Cairns and/or the Kings. 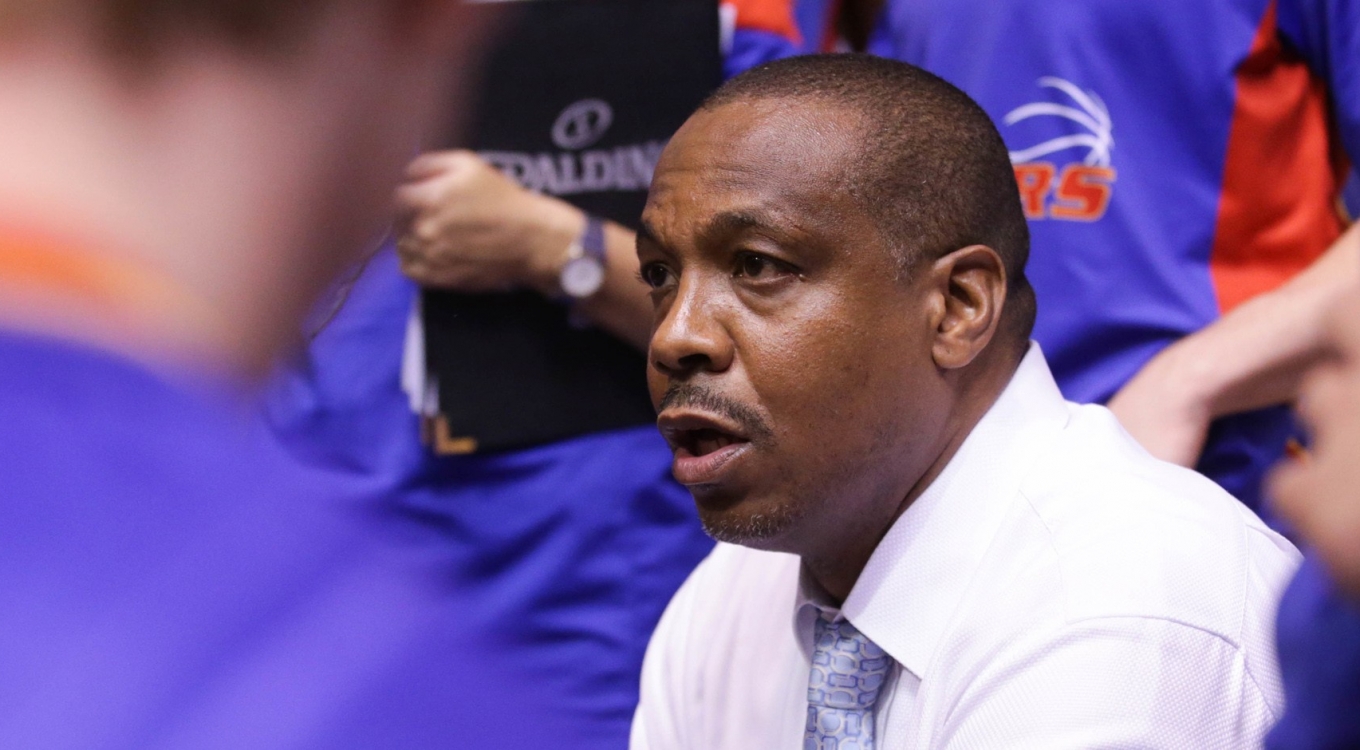 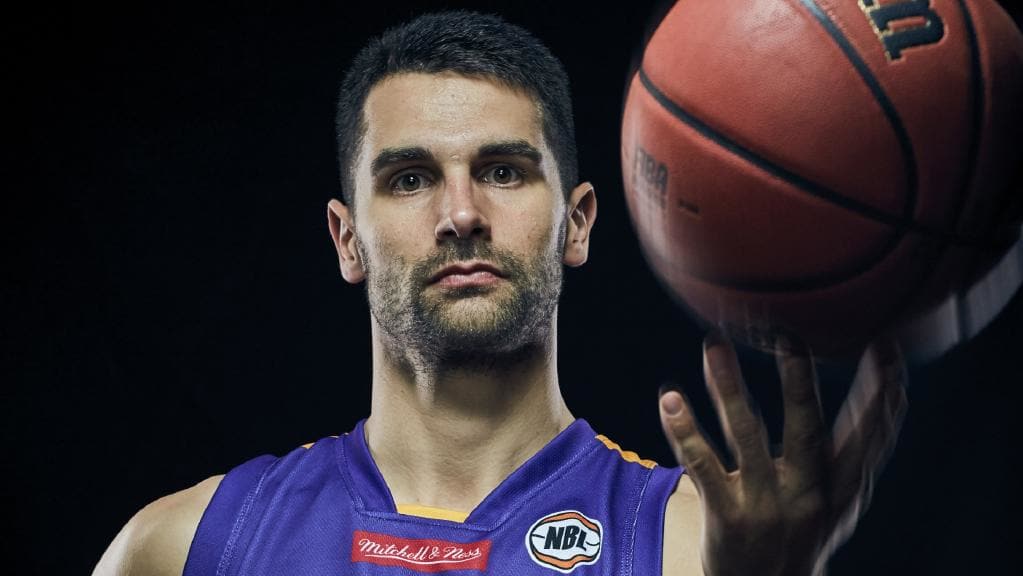 Notching up his second straight week in the studs, De-Lisch came up BIG in Sydney’s nail-biting win over Cairns, hitting a couple of massive triples during the first two minutes of overtime.

The two-time MVP put up 20 points on 61 percent shooting on the night, including an incredible 5-of-6 from downtown, as he helped the Kings secure their first home win.

While we’re on the Kings, a quick couple of hat tips to Jerome Randle and Brian Bowen. Randle was his usual gutsy self against the Snakes and as for Bowen… the kid is flat-out balling! 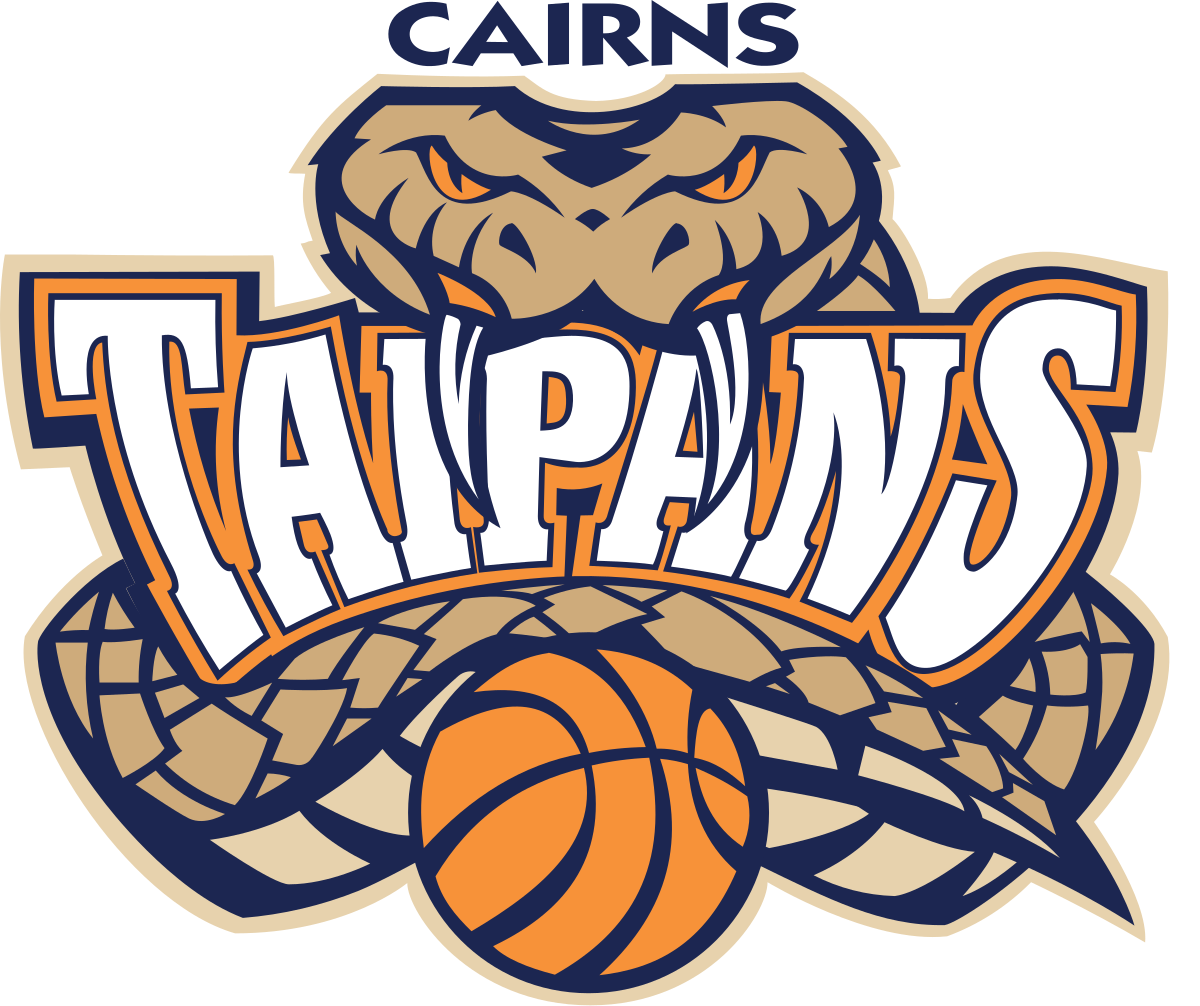 To be honest, this doesn’t really sit too comfortably as the Taipans actually competed pretty well across the weekend, but as the only team in the entire league not to get a win in Round 3, Cairns unfortunately lands here by default.

After winning their season-opener, the Snakes are now on a three-game losing streak and have the defending champs coming into town this weekend.

“I look at the ladder and would love to be 3-1 instead of 1-3,” head coach Mike Kelly said on Sunday. 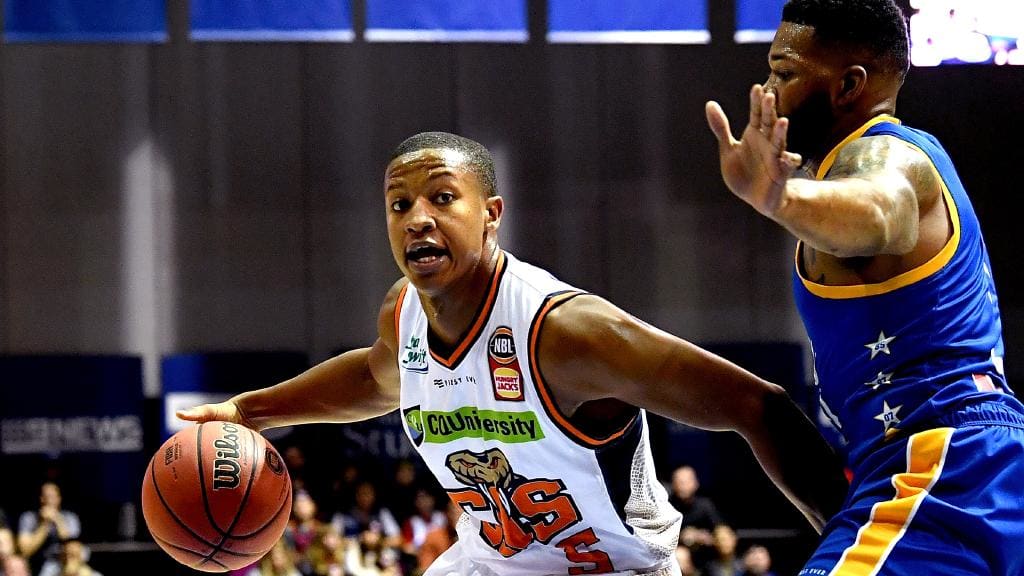 Speaking of the Taipans, Kelly & Co. are still looking for ways to get import Devon Hall firing on all cylinders.

After a quiet opening couple of games, the silky-smooth swingman shot a combined 7-for-23 from the field across the Snakes’ two losses this week, including 3-of-13 from long range.

He’s playing hard but the first-year-pro just hasn’t been able to find consistency with his shooting touch just yet. On the season, he’s now averaging 7.5 points per game on 24 percent from the field and just 19 percent from downtown.

“The great thing with ‘Dev’ is he’s continued to work though shooting struggles,” Kelly said.

Getting Hall going will be a key part of the Taipans turning this losing streak around. The talent is well and truly there and, according to Kelly, the work ethic is too.

A breakout shooting game seems just around the corner. 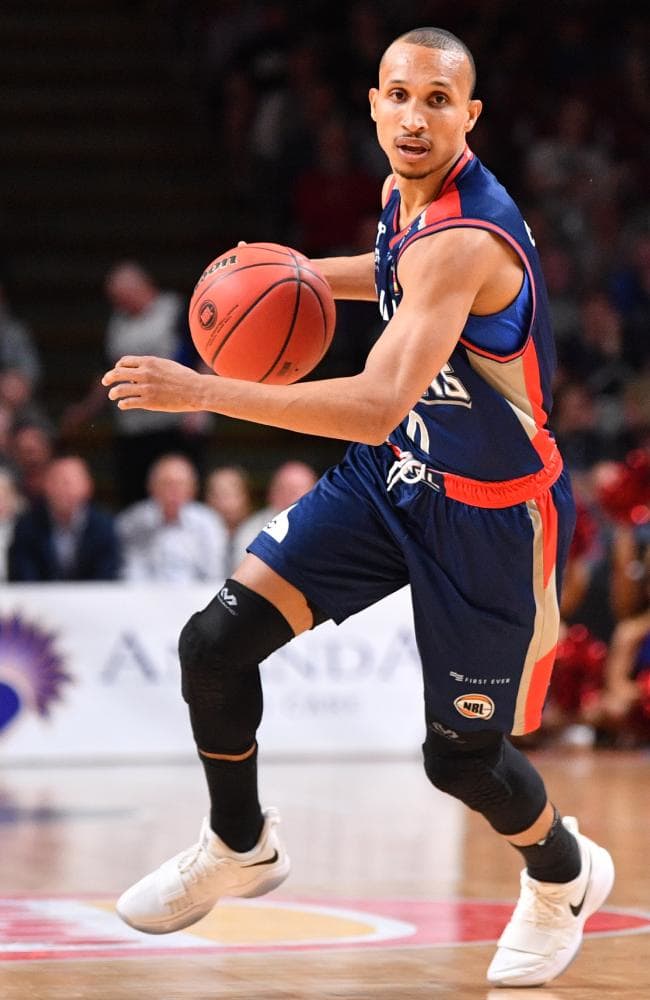 Speaking of shooting woes, ‘2 Hard 2 Guard’ is currently experiencing some of his own.

Now, don’t get it twisted, despite missing all 8 of his field goal attempts on Friday night, DeLeon actually played an important role in Adelaide’s win over Cairns as he made a number of key defensive plays in crucial moments.

Against the Breakers, though, the sparkplug failed to have his usual impact, putting up 4 points on just 3 attempts, with the Sixers being outscored by 23 points during his time on the floor.

And here’s the area he’ll be looking to improve this week: across his past three games, DeLeon’s shot a combined 2-of-17 from the field.

Of course, the guy is a baller and we already knew coming into the year that he was going to be streaky.

Rest assured he’ll fire some shots at the Bullets this week. And, if I had to guess, I reckon he might show out on Sunday when his boy from NYC will be courtside in Adelaide, calling that game on TV.