When the Duke Men’s basketball team takes the court in the Maui Invitational, they will have some new kicks on their feet. As Kyrie Irving is one of the most prominent and successful Blue Devil in the NBA, he has not forgotten about his former institution, lacing the team with a team exclusive version since his first shoe, the Nike Kyrie 1 and that trend has continued with his latest shoe, the Kyrie 5.

There will be three colorways of the Duke Kyrie 5- a white based one, a black one, and a royal version. The white sneaker features a white upper with royal Nike branding and Duke logo on the heel. A white midsole with royal speckled midsole and white outsole.

Like previous Duke Kyries, a version of them came to retail so it stands to reason the 5 will follow suit, although there is no current release information. When it comes available, we will have it for you here. 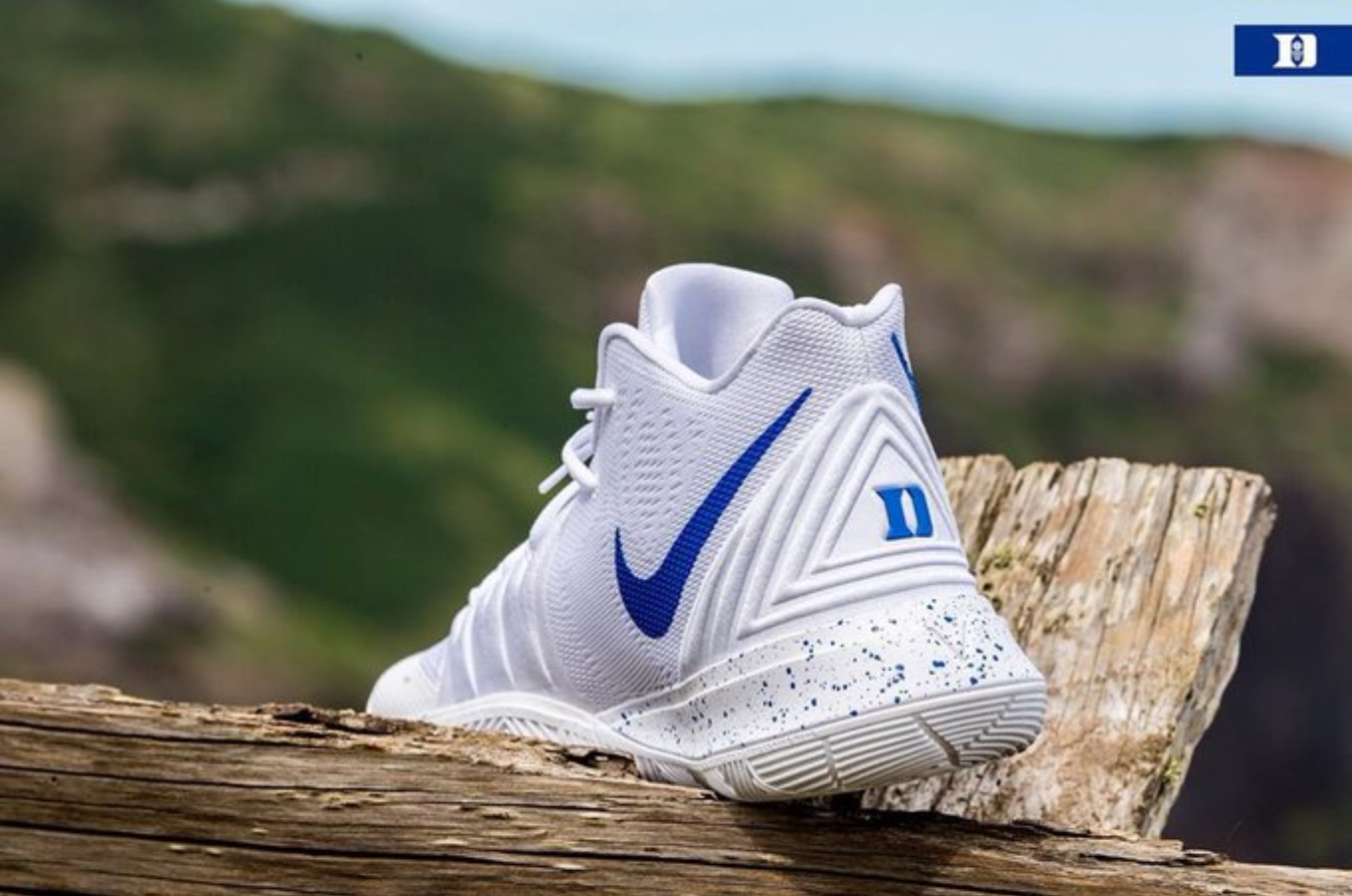 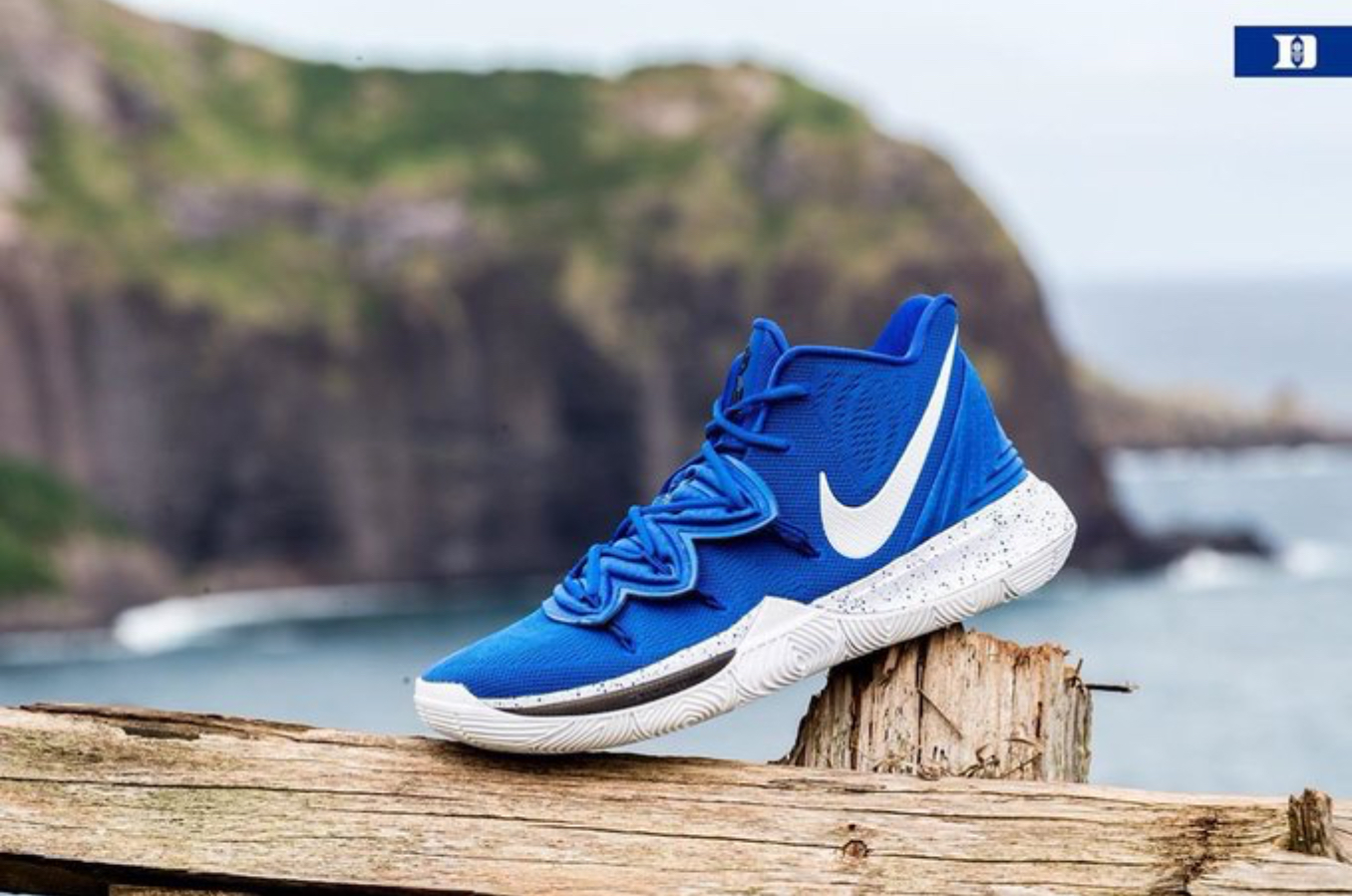 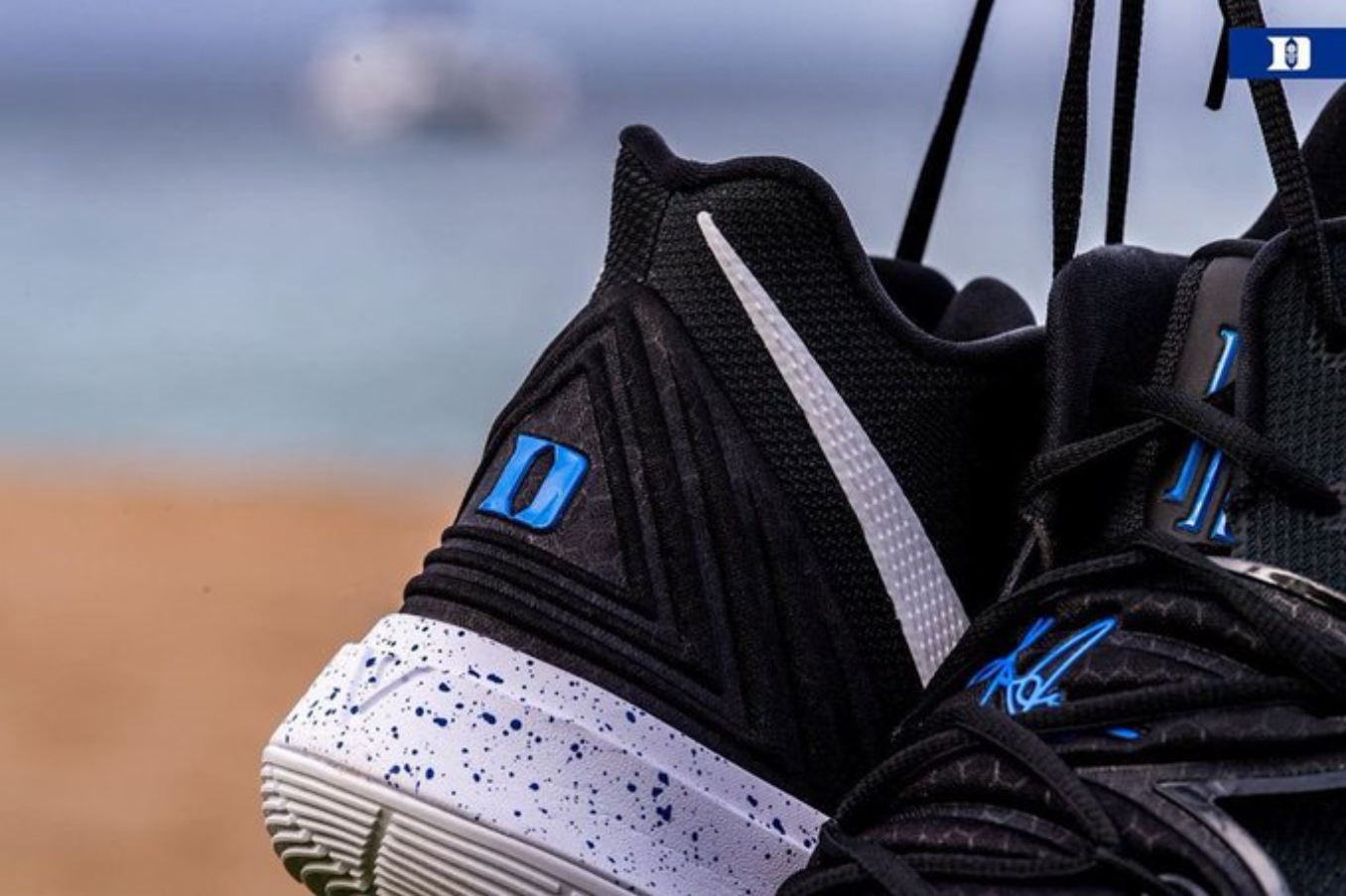 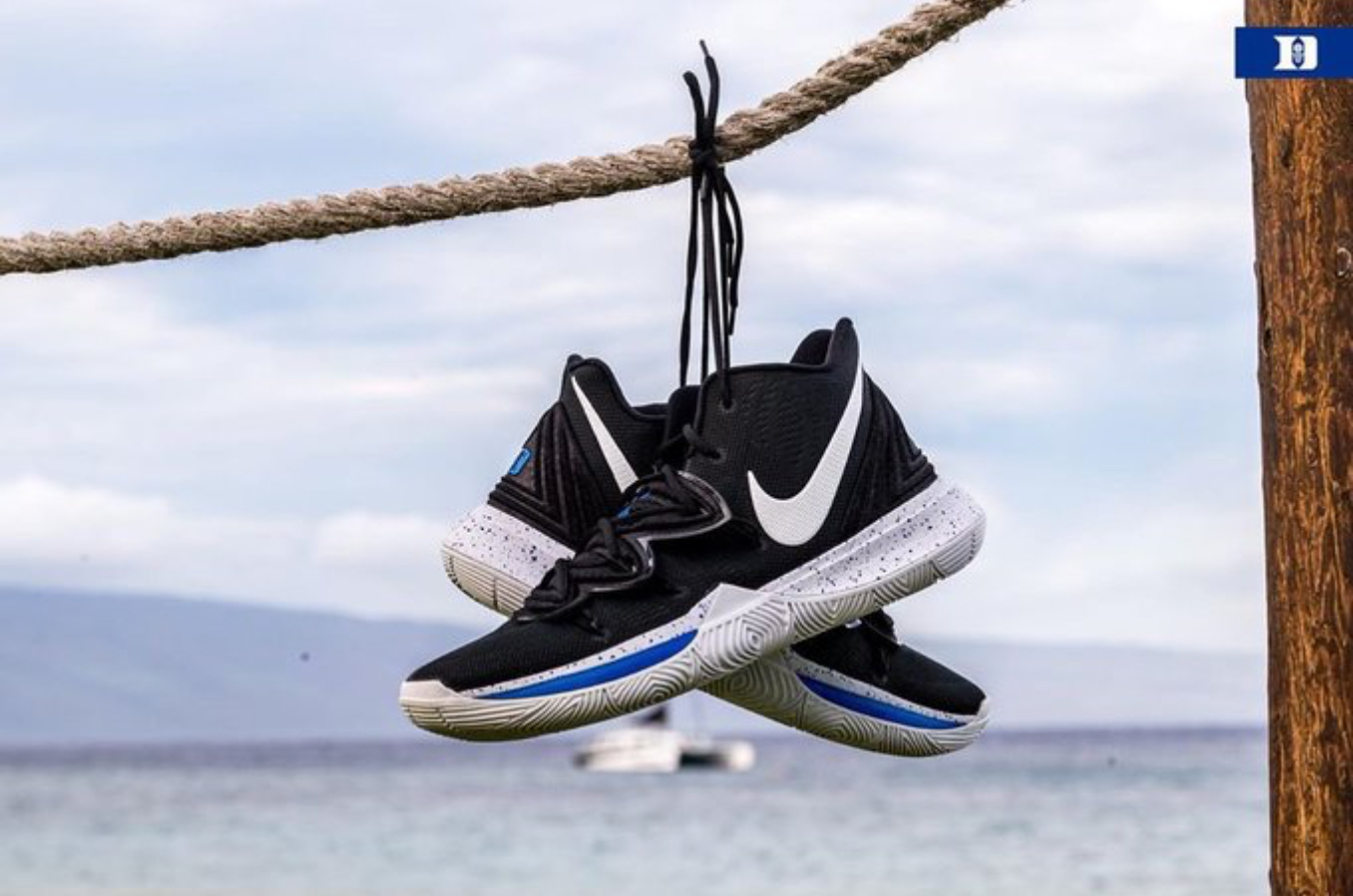