Pete Carroll has had a long relationship with the Nike Air Monarch; he has been giving the shoe major run for many years and it arguably the highest profile wearer of the often glossed “dad shoes”.

Last month, Carroll broke out an exclusive blue and green pair for the Seahawks’ color rush game against the Rams of Los Angeles.

This latest edition of the Monarchs are dressed in a white leather upper, with green bordering on the on the medial and lateral Swooshes. The aforementioned branding has the same pattern that is on the numbers on Seahawks jerseys. Coach Carroll’s “Always Compete” philosophy is emblazoned on the tongue, which also has the same pattern found on the swoosh. A navy outsole with green traction sections complete the look of this shoe.

You can look for Peter Carroll to have these one when the Seahawks take on the Atlanta Falcons this Saturday in the Divisional Round of the NFL Playoffs. 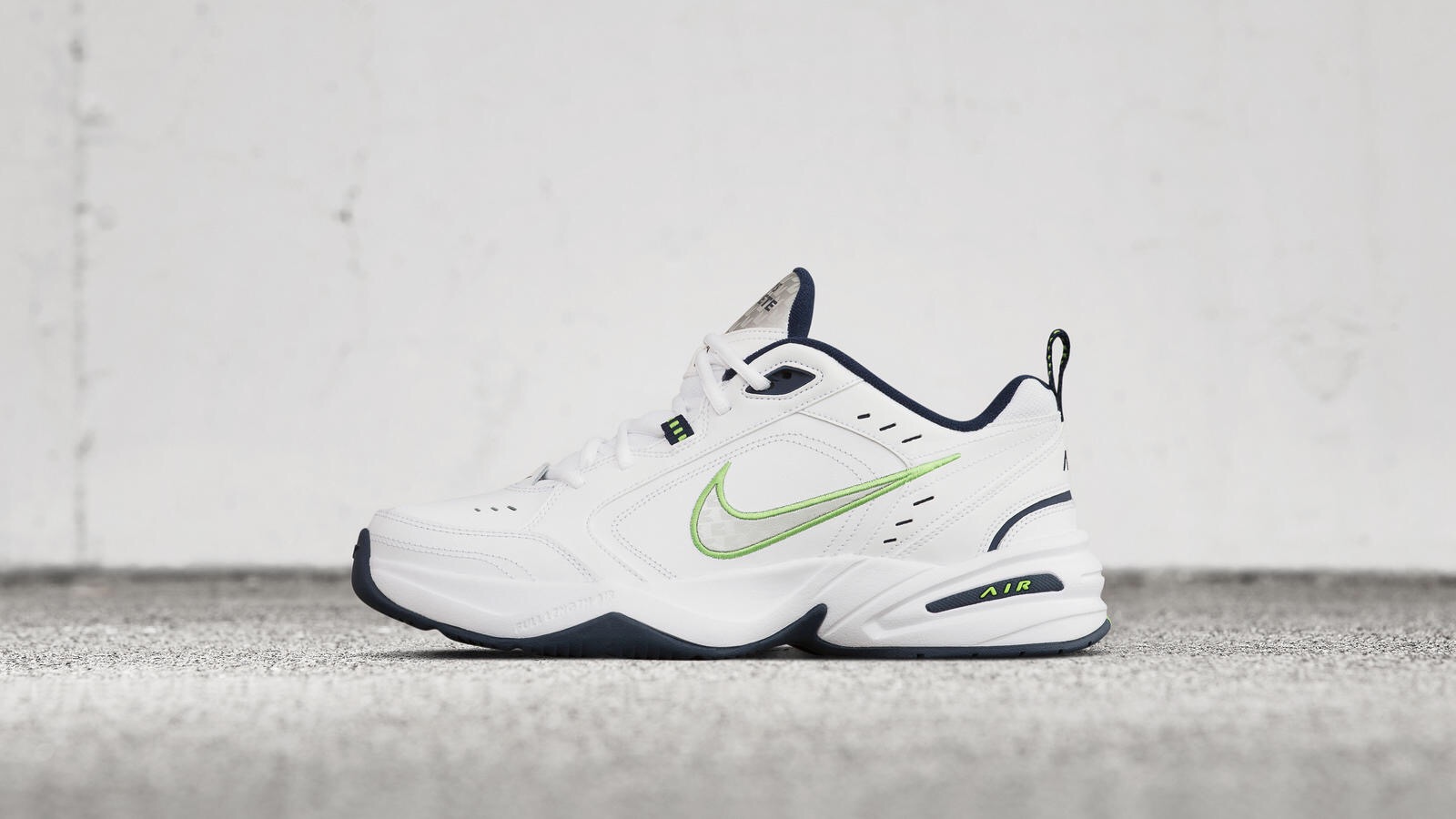