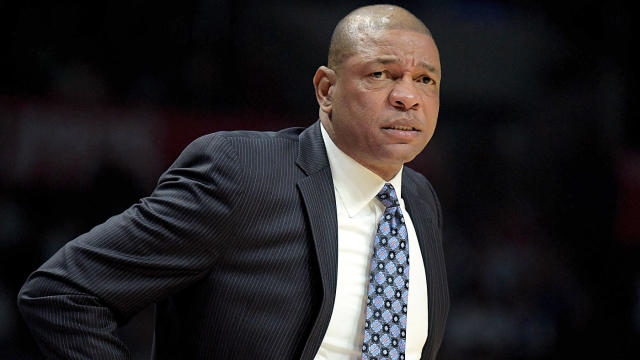 Well that didn’t take long. Barely 72 hours after being broken off by the Los Angeles Clippers, Doc Rivers has reached an agreement to become head coach of the Philadelphia 76ers. According to ESPN’s Adrian Wojnarowski, the move was preceded by a “rapid courtship and negotiation.” The news likely comes to the chagrin of Mike D’Antoni, who had been previously rumoured to all but have the Sixers gig.