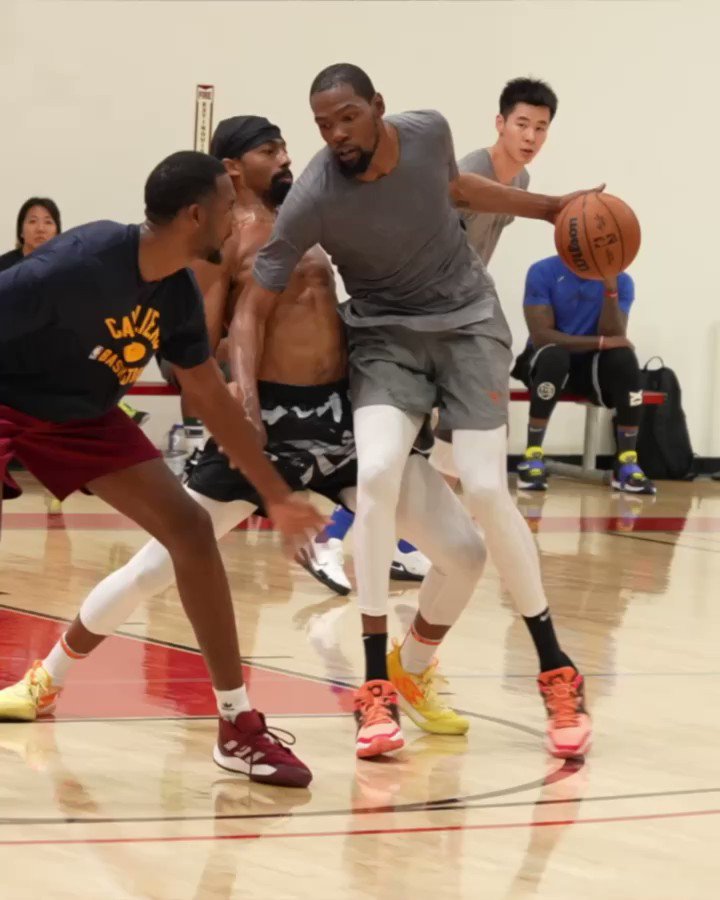 While Kevin Durant was certainly getting busy the other day at the Guard whisperer runs, he was not the only NBA baller whose skills were on full display. Evan Mobley of the Cleveland Cavaliers and current Dallas Mavericks (and former Brooklyn Nets) guard Spencer Dinwiddie were also putting in work. Check them out in the video below.