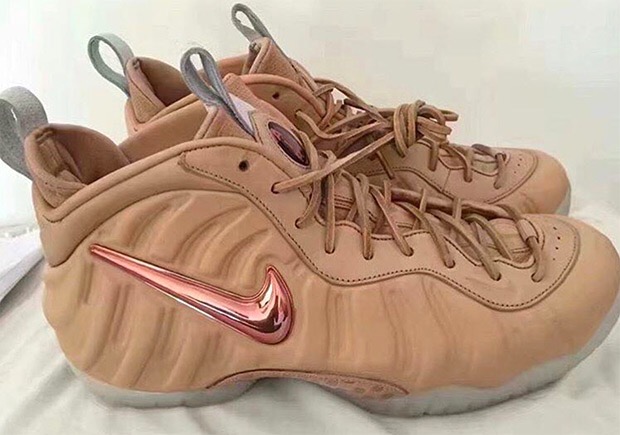 2017 marks the 20th anniversary of the Foamposite line. The coming Dark Neon Royal colorway of the Air Foamposite One January 13 kicks things off this year. In February, the Foamposite Pro “Vanchetta Tan” comes to retail.  This lifestyle inspired incarnation of the Pro features a tan nubuck upper with a metallic bronze swoosh.  Silver heel and tongue pull tabs combine with leather laces to complete the look of the upper. A translucent outsole closes out the look of this shoe.  At this point there is not an exact release…

The Shoe Game confirmed three beloved colors of the Nike Air Foamposite One will see a return next year. In celebrating the 20th anniversary of the Foamposite One, the Swoosh is reintroducing some of the most popular colorways, which include the Royal Blue, Copper and Eggplant. There are no dates as of yet, but we will bring you that information as it becomes available.