After electrifying the basketball world by his performance in last year’s NBA dunk contest( some would say he was the true winner), Aaron Gordon will return to the contest this evening. When he does, on his feet will be his player exclusive Nike Zoom Revs. The black upper sits atop a “chaos” patterned midsole and a translucent outsole with the same pattern underneath. According to Nike, this is because ” when Aaron is on the court he feels like there is so much chaos going on in the game and the arena and his advantage is being able to be at peace and keep calm.” 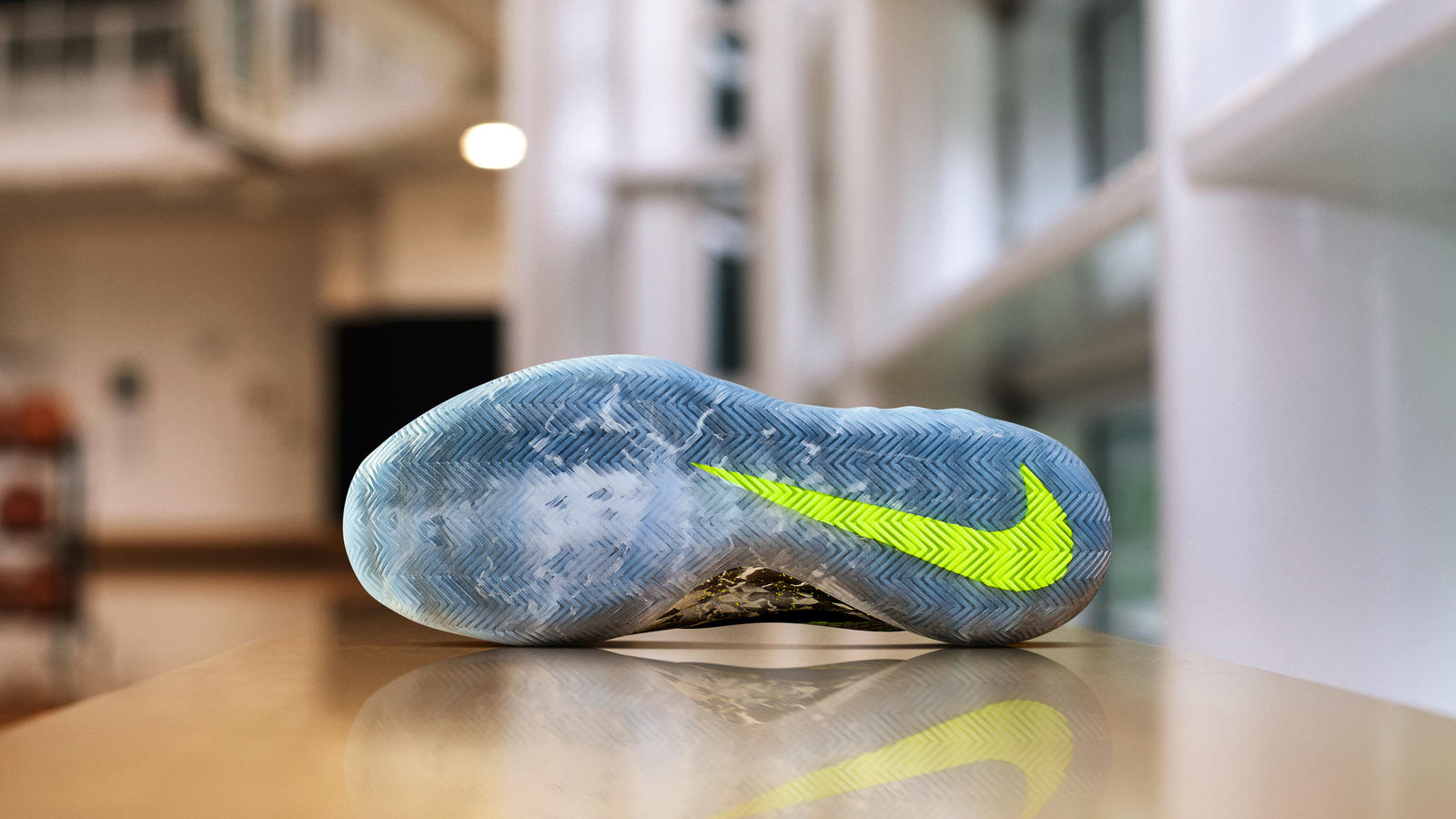 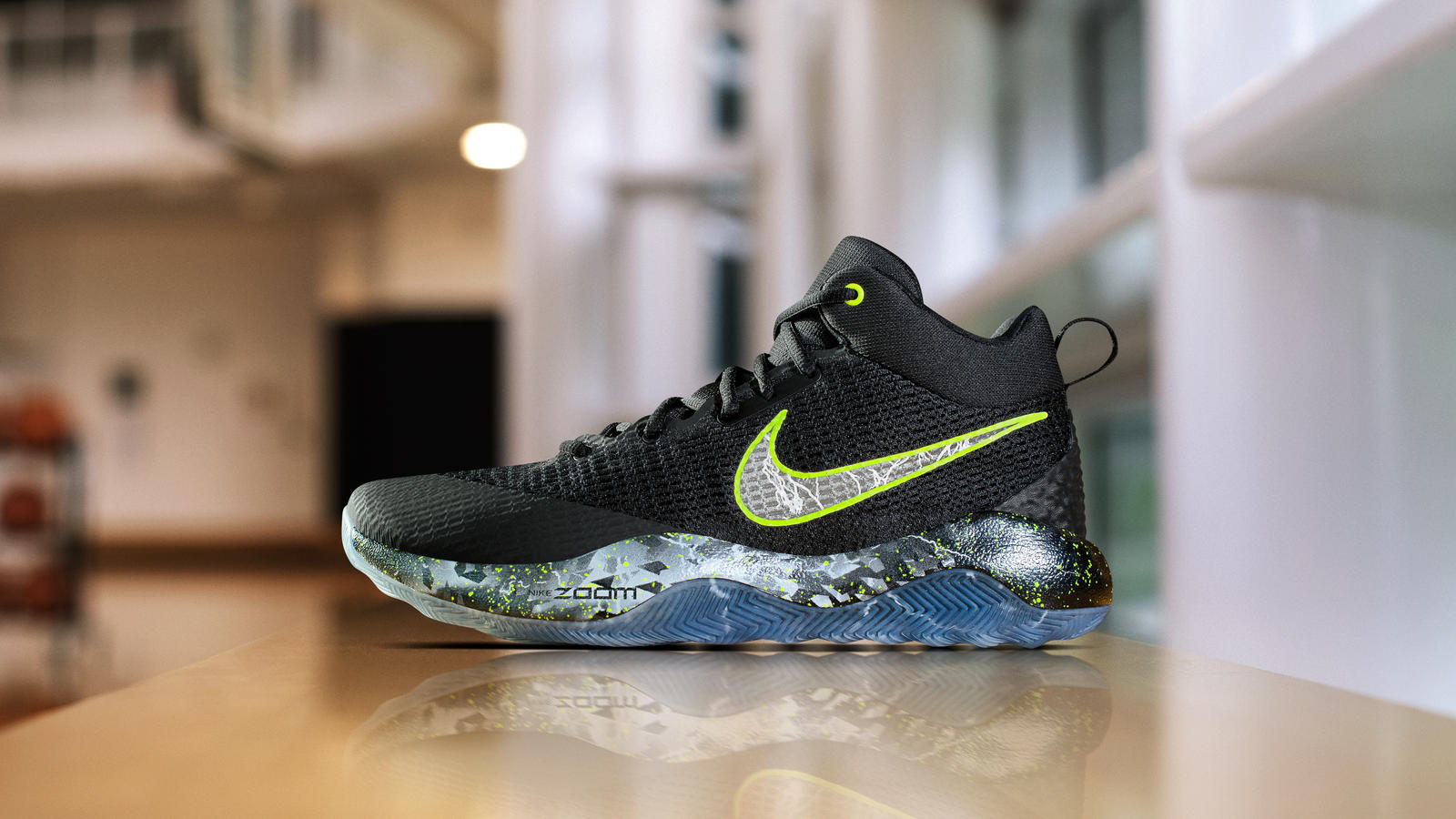