The Cleveland Cavaliers revealed their gamers for the upcoming NBA season. Like several other teams, their oncourt gear got a Nike makeover. The white, AKA the Association edition features wine coloring with a gold trim for both the "Cavs" and the player number and wine coloring for the neck and arm lining. The shorts have a wine color waistband with golden "CLE" in the front center.

The Icon edition (wine) displays "Cleveland" in gold lettering with navy trim, navy player number bordered in gold, with navy bordering for the neck and arm lining. The Icon shorts feature a navy waistline with "CAVS" in gold letters on the center front. 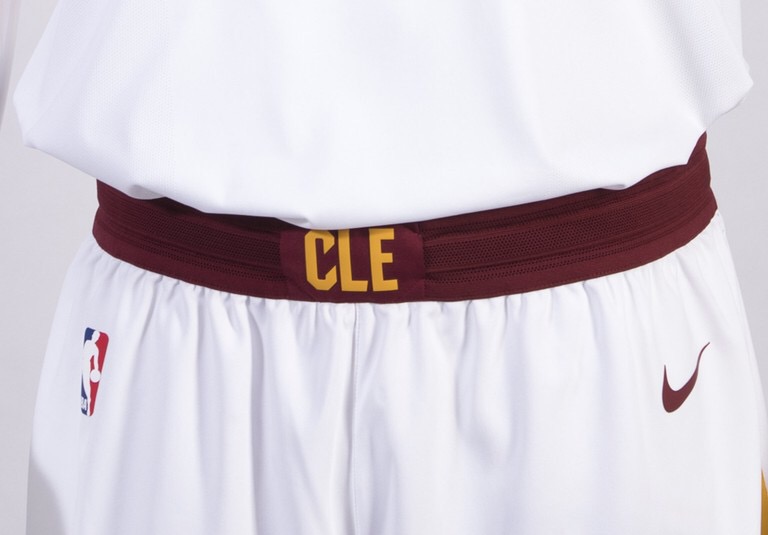 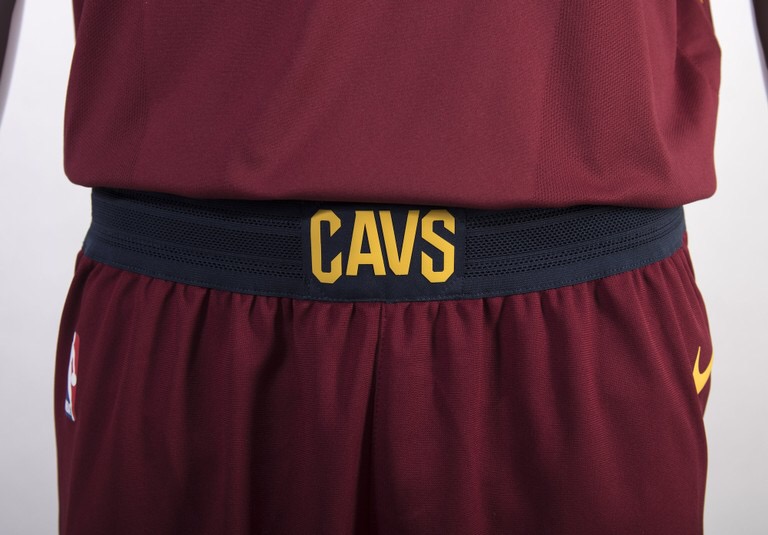 Both jerseys feature the Nike Swoosh and The Goodyear Tire and Runner Co.'s Wingfoot. Cavaliers Chief Marketing Ofiicer Tracy Marek had this to say about the presence of the Goodyear logo on the jerseys:

"We had the incredible opportunity to collaborate with Nike on the design of the uniform and we found the perfect partner in Goodyear who shares our home-state pride and values of drive and determination." 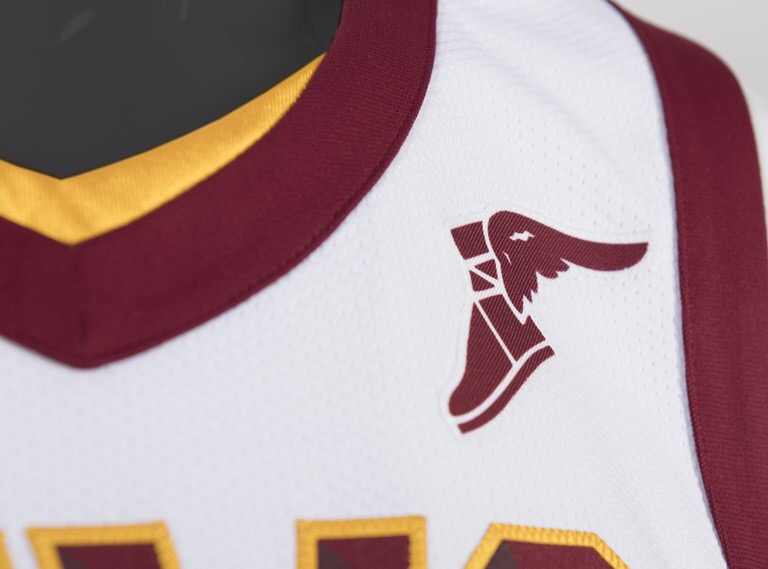 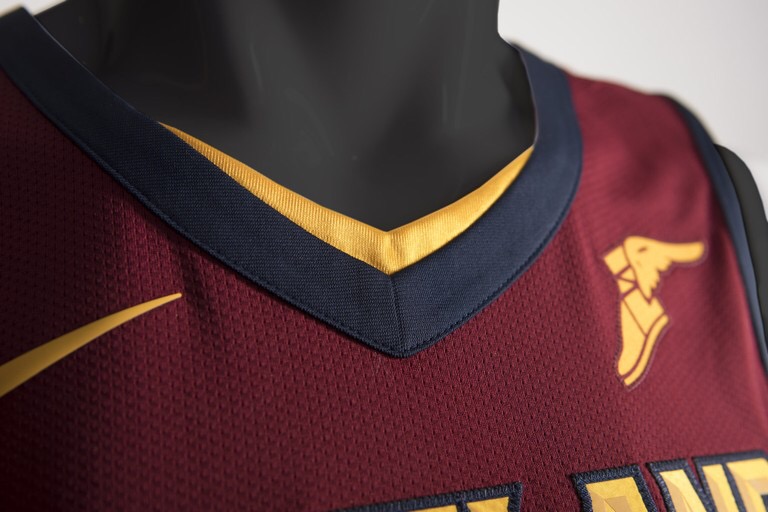 The Cavaliers DNA statement "All For One. One For All" stitched on the bottom of the jersey above the Nike tag and under the flaps on the front of the shorts. 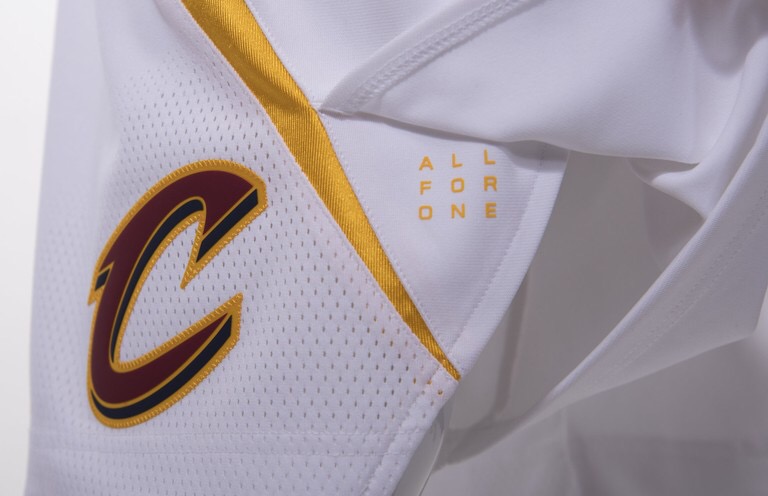 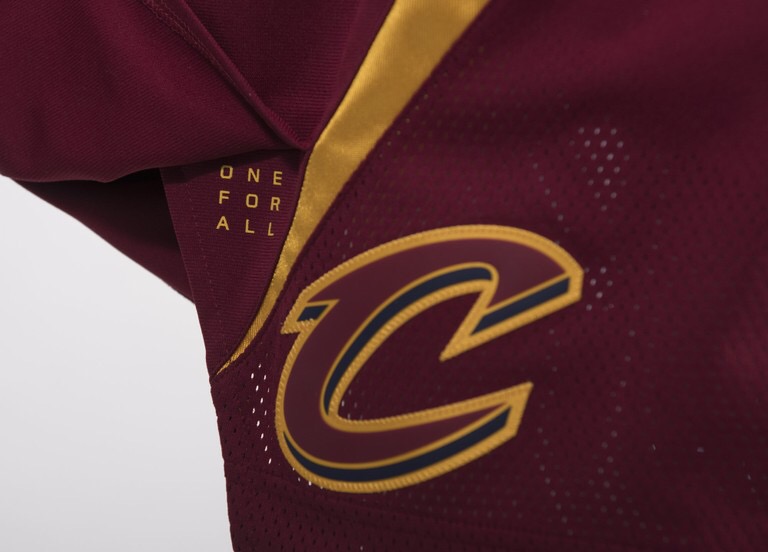 The uniforms make use of enhancements that make the uniforms lighter and construction with an emphasis on enabling agility. The yarn blend used in the uniform absorbs sweat 30% faster than the current NBA gamers, which will result in 15% quicker drying time.