A 27-year-old State Island, N.Y. was shot because of a fracas over a pair of sneakers. As reported by silive.com , according to a source, the 27-year-old was walking down the street when he picked up a pair of shoes he saw on the curb. He went to his residence, where he put the shoes and went back out. It was then that he was confronted by a gentleman, who was the alleged shooter. 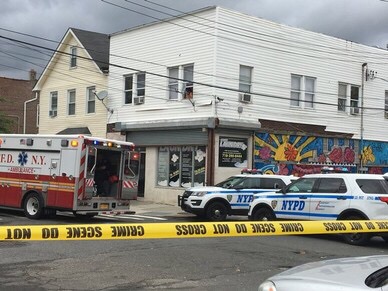 The victim was asked by the suspected gunman from where did he get the shoes.

The victim stated the sneakers were his.

The victim was shot in the stomach as he ran away.

He was transported to Richmond University Medical Center is serious but stable condition and his injuries did not appear to be life threatening, police said.

No arrests have been made as of yet.