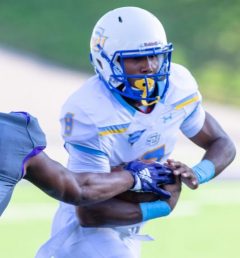 Offensive
Southern
Ladarius Skelton (R-SO, QB, Pine Bluff, Ark.)
In his first career start at SU, Ladarius accounted for 370 yards total offense and four touchdowns, including three rushing scores, in Southern University’s 38-0 victory at Prairie View A&M on Saturday.  Skelton rushed 27 times for 202 yards with a long of 56 yards. The redshirt sophomore also threw for 168 yards on 15-of-26 passing with a 14-yard touchdown strike to Trey Smith in the third quarter. 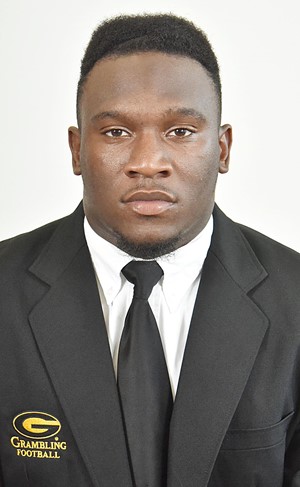 Grambling State
De’Arius Christmas (SR, LB, Vicksburg, Miss.)
Christmas, who was named the SWAC College Sports Madness Defensive Player of the Week, led the Tiger defense with eight total tackles, including seven solo stops. He had a pair of sacks and one interception – his second of the season in leading Grambling State to a 34-21 win against conference opponent Texas Southern. 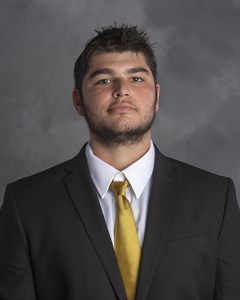 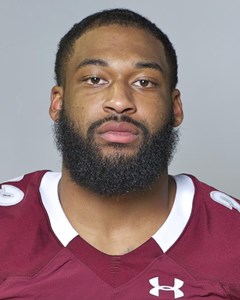 Newcomer
Texas Southern
Bobby Hartzog (GR, WR, Houston, TX)
Hartzog had a new career high as he hauled in nine catches for 190 yards and a touchdown. The highlight for the Tigers offensively was his 75-yard touchdown reception which helped the Tigers close the scoring gap against Grambling State.