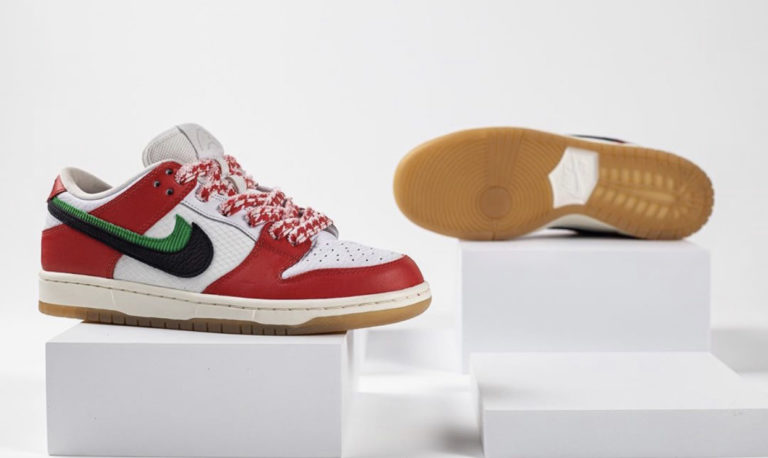 Nike SB is joining forces with Dubai’s Frame Skate to bring forth this upcoming Dunk Low SB. Inspired by the colours of the United Arab Emirates (UAE) flag, it makes use of chile red, white, lucky green and black hues. The white tumbled leather base is overlaid by red leather at the toe , wrapping the ankle and at the rear . At the lateral and medial sides are found doubled-up black and green Swooshes. The aforementioned upper sits atop a sail midsole and a gum rubber outsole. The “Habibi”… 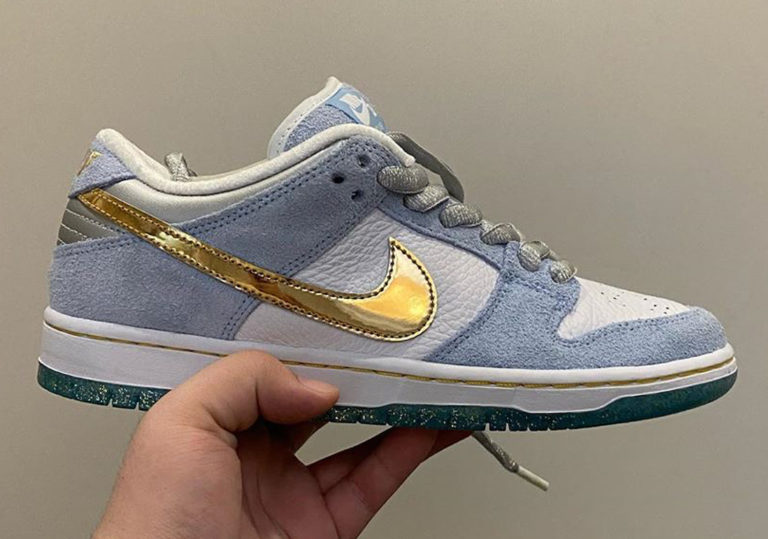 Nike SB and Sean Cliver have joined forces to birth an upcoming Dunk SB Low. Psychic blue suede overlays the white leather of the upper, while metallic gold shows up on the rear branding and the Swooshes at the lateral and medial sides. As a final note of the upper, the insoles are adorned with Cliver’s artwork. The upper sits atop a metallic gold-stitched white midsole and a glittery, translucent blue outsole, completing the aesthetic. The Sean Cliver x Nike Dunk Low SB is expected to release later this year… 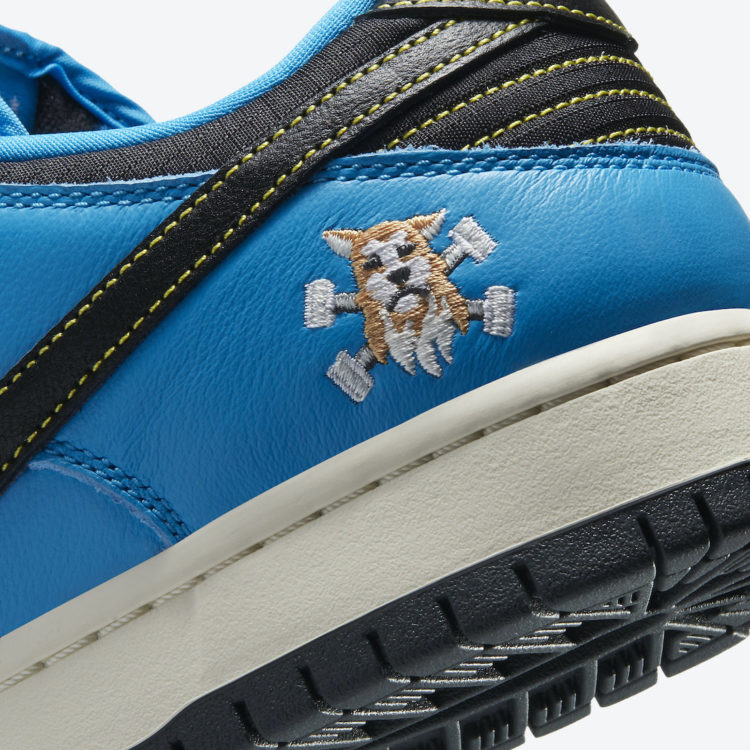 In commemoration of their 25th year of existence, Japanese skate shop Instant Skateboards has teamed up with Nike on this Dunk Low. The creme at the toe is underlaid by 3M and gives way to blue hero leather moving to the heel. Black Swooshes adorn the lateral and medial sides, with the same colour showing up on the heel underlay, tongue and laces. On the lateral heel is found a dog and crossbones logo, with a white midsole and black rubber outsole completing the aesthetic. The Instant Skateboard x Nike… 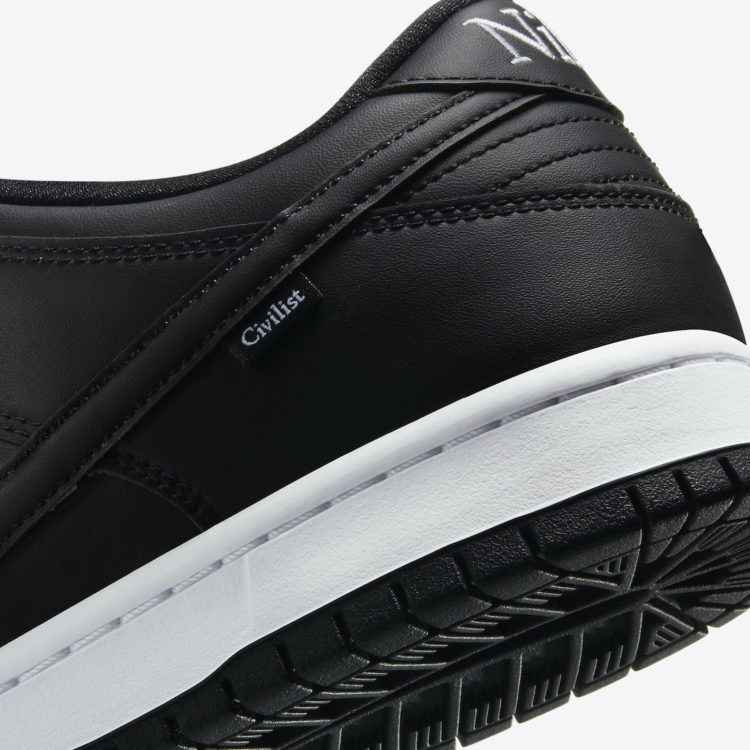 As has been previously reported , Berlin’s Civilist Skateshop and Nike SB will be releasing a Dunk Low SB later this year. What appears to be a simple black upper, with a Civilist label on the lateral side, gives way under heat to reveal a multi-hued thermal pattern. A white midsole and black rubber outsole completes the aesthetic. The Civilist x Nike Dunk Low SB will make its retail debut August 29 at Berlin’s Civilist and select skate shops. Civilist x Nike SB Dunk Low Black/Black-Black CZ5123-001 August 29, 2020 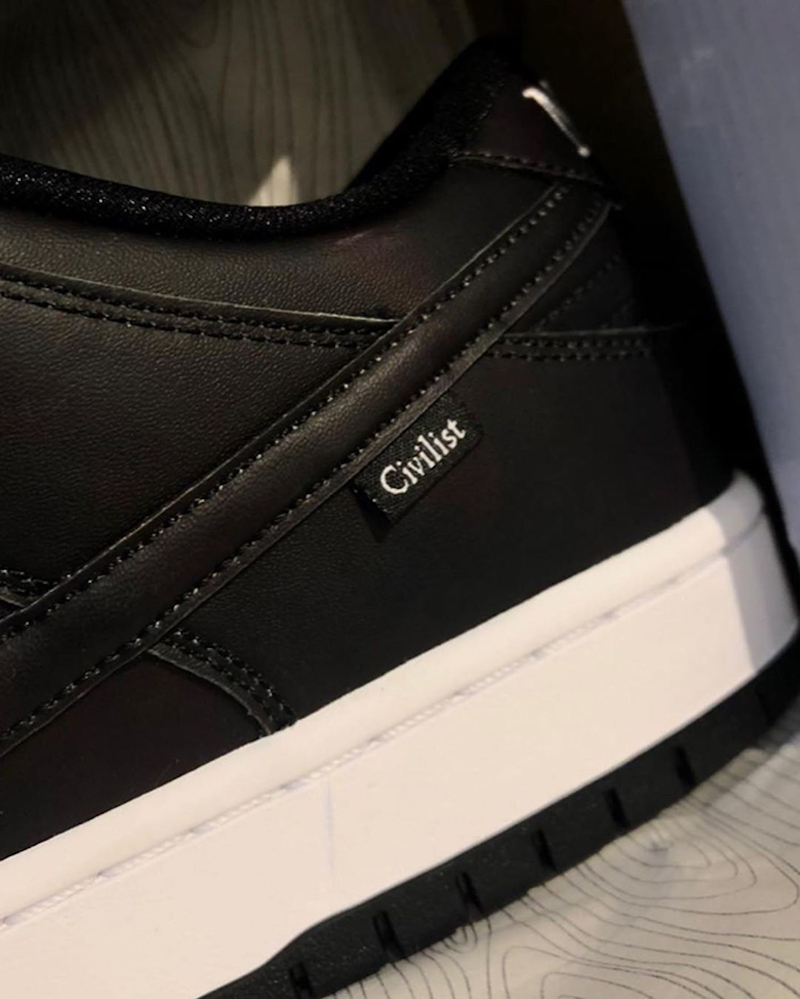 Berlin-based skateshop Civilist is teaming up with Nike Skateboarding on a Nike Dunk Low that will make its retail debut later this year. At first glance it may just appear to sports a simple black upper but there is more than meets the eye with this Dunk Low. When exposed to heat, the black fades away to reveal a multi-hued aesthetic. A white midsole and a black rubber outsole rounds out the look. The Civilist x Nike SB Dunk Low Pro is expected to drop later this year at nike.com… 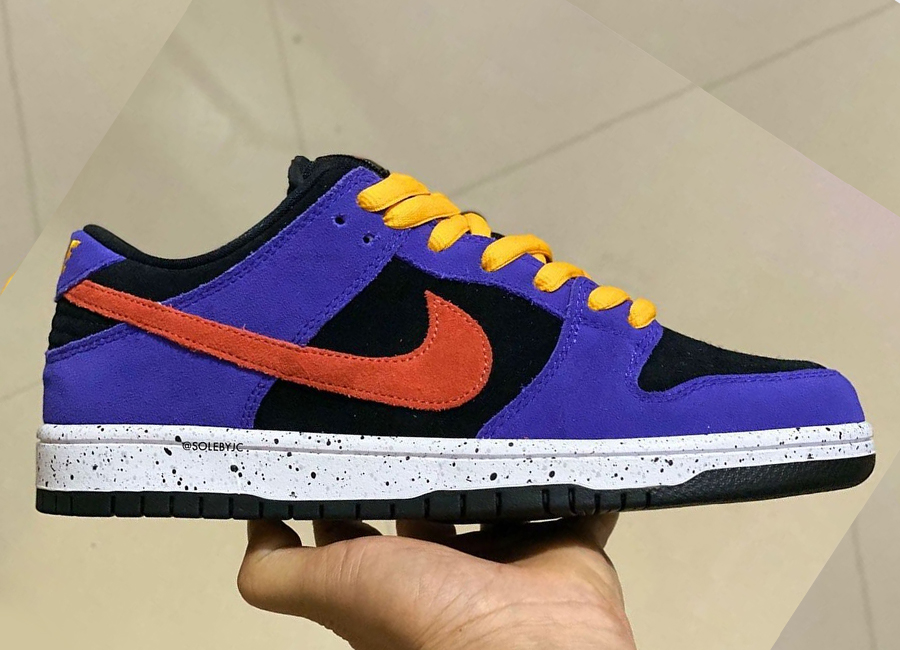 This Nike Dunk Low SB features a black base with purple suede overlays. The lateral and medial sides are adorned with orange side Swooshes with “NIKE” appearing in yellow on the rear heel. The aforementioned upper sits atop a white speckled midsole and black rubber outsole. This Nike Dunk Low SB is planned , for now, to release later in 2020 at nike.com and select skate shops. More information will be provided as it avails itself. Nike Dunk Low SB At some point later in 2020 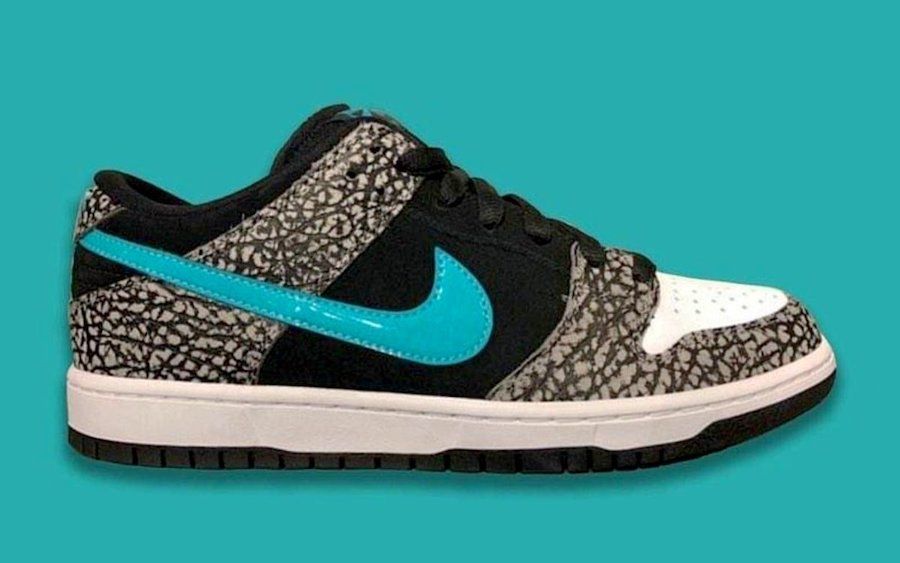 This fall will see the release of another Dunk Low SB that will prominently feature the iconic elephant print. At this point , no images have come to light but predictions are that it will draw inspiration from the Atmos Air Max 1. This means it could sport elephant print in a featured role, underlaid by both black and white leathers sitting atop a white midsole and completed by a black outsole. This Nike Dunk Low SB is to release in November at nike.com and select skate shops. Nike Dunk… 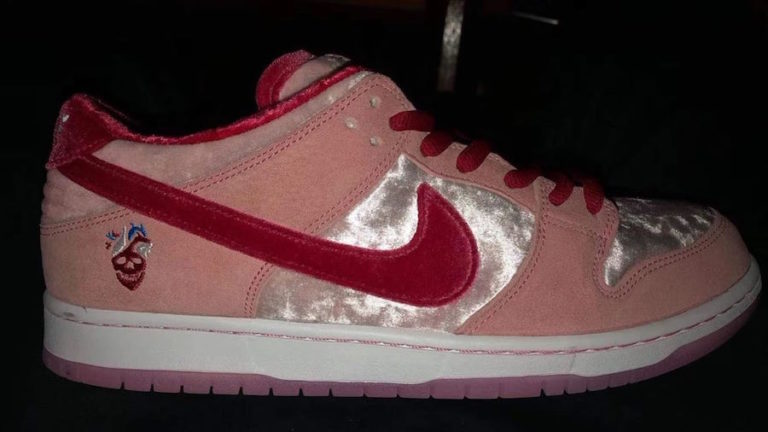 Nike Skateboarding and StrangeLove Skateboarding joined forces on this collaborative Nike Dunk Low was designed by artist Sean Cilver and Todd Bratrud. Its upper features pink suede underlaid by sections of pink velvet at the toe, midfoot and wrapping the heel. Red shows up on the lateral and medial side Swooshes, inner lining and laces. StangeLove branding appears on the insole graphics and on the tongue. A white midsole and pink translucent outsole completes the aesthetic. The StrangeLove x Nike Dunk SB Low is expected to release sometime around Valentine’s…