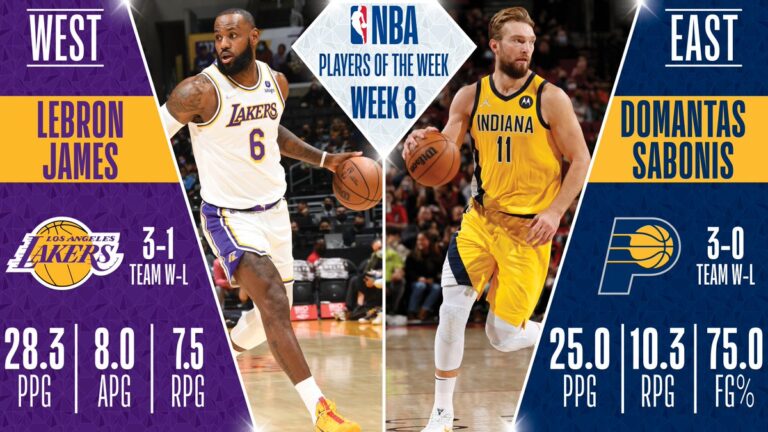 The NBA announced their Week 8 Players of the Week on Monday afternoon. Lebron James was named Western Conference POY, while Indiana Pacers big man Donatas Sabonis took the honours for the Eastern Conference. James averaged 28.3 points. 8.0 assists and 7.5 rebounds , including posting two triple-doubles, in leading the Lakers to a much-needed 3-1 record on the week. Sabonis put 25.0 points, 10.3 rebounds and 6.5 assists and shot a white-hot 75% from the field as the Pacers went undefeated (3-0) this past week. 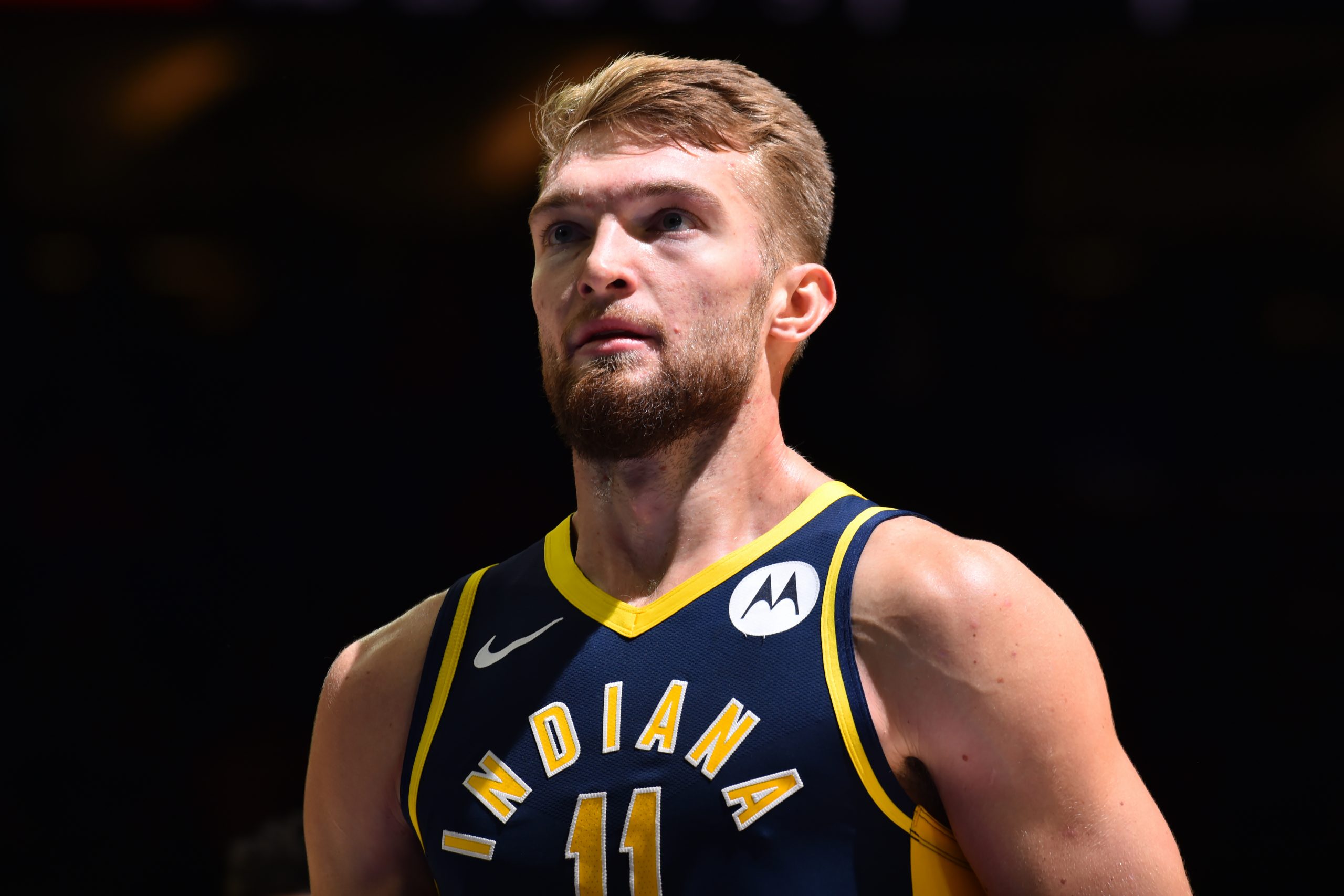 Indiana Pacers forward Domantas Sabonis is leaving the NBA campus in Orlando to deal with plantar fasciitis in his left foot. The made the announcement Friday afternoon. There is no timetable for Sabonis’ return. The son of basketball legend Arvydas Sabonis, Domantis was enjoying a career year, averaging 18.5 points, 12.4 rebounds and 5.0 assists per contest and made his first All-Star team.